An adhesive is a compound that adheres or bonds two or more substrates together. Adhesives may come from either natural or synthetic sources. Some modern adhesives are extremely strong (structural adhesives) and are becoming increasingly important in modern construction and industry. Adhesive is a general term and includes, among others, cement, glue, mucilage, and paste. All of these terms are often used interchangeably.

The strength of attachment, or adhesion, between an adhesive and its substrate depends on many factors, including the means by which this occurs. Adhesion may occur either by mechanical means, in which the adhesive works its way into small pores of the substrate, or by one of several other chemical mechanisms. In some cases an actual chemical bond occurs between adhesive and substrate. In others, intermolecular forces (like van der Waals) hold the substances together. A third involves the moisture-aided diffusion of the glue into the substrate, followed by hardening. Good wetting of the surface is a pre-requisite for this kind of adhesion.

A sealant is a soft, pliable material that is used to seal cracks or joints where structural strength is not required. The sealant, initially a fluid or semi-fluid, or alternatively hot applied, placed between two opposing solid materials, becomes solid itself (by solvent evaporation, chemical reaction or both), and bonds to the surfaces to which it is applied. Thus, it accommodates joint movement without adhesion loss. The sealant purpose is to prevent excessive absorption of water, penetration of other liquids, gaseous substances, or airborne particulates. A sealant has the adhesive and cohesive properties to form a permanent seal.

One-component foams, also known as PU foam or PUR foam, are a specific category of sealants. Quick and easy to use, they are typically supplied in convenient pressurised containers and extruded on-site. Application takes a matter of minutes and they usually cure in little over an hour.

The advantages of adhesives and sealants 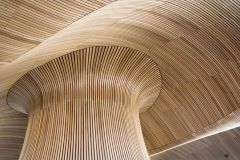 ring processes often require two different materials to be joined together. The challenge here is to join the materials in such a way as to achieve the desired performance characteristics from the composite item.

Adhesives and sealants share similar characteristics and perform similar roles. The main difference between the two is that sealants typically have lower strength and higher elongation than adhesives.

The main role of a sealant is to seal assemblies and joints. The prime requirement for this role is that the sealant has sufficient adhesion to the substrates and resistance to the environmental conditions to ensure it remains bonded over the lifetime of the assembly. In addition, if the substrates exhibit different rates of thermal expansion or different elongation under stress, the sealant needs to have adequate flexibility and elongation. To ensure that the sealing properties remain adequate, it is often necessary for the sealant to exhibit low shrinkage after application. Many types of adhesives can be formulated into sealants.

Sealants fall between higher-strength adhesives at one end of the spectrum and low-strength putties and caulks at the other. The role of putties and caulks is simply to take up space and fill voids. Sealants, on the other hand, despite not having great strength, do convey a number of properties. They seal the substrate at the glue line and they keep moisture in or out of the components in which they are used. They provide thermal and acoustic insulation and may serve as fire barriers; sometimes they exhibit electrical properties. Moreover, sealants are often called upon to perform several of these functions at once.

The role of adhesives is to bond the substrates together and to keep them bonded for the lifetime of the assembly, in the required service conditions and environments. Adhesives offer advantages over other joining techniques such as sewing, welding, bolting and screwing. These advantages include the ability to bond different materials together, the ability to distribute stress more efficiently across the joint, cost effectiveness, and improved aesthetic design and design flexibility. In addition, there are potential environmental benefits, for example bonding using adhesives can help manufacturers create lighter vehicles that offer improved fuel economy and use less resources such as metal and plastics.

Today’s adhesives and sealants are based on a wide variety of natural and synthetic technologies. These numerous formulating options allow products to be tailored that ideally match the requirements of a huge range of disparate substrates and applications.